How lucky we are to have five of the Albuquerque museums within walking distance! Below is a list and short description of them, and you’ll see why you should spend more than just a day or two in Albuquerque.

African American Performing Arts Center and Exhibition Hall preserves, nurtures and supports the intellectual and cultural history of African Americans in New Mexico and the Southwest.

Albuquerque Museum of Art & History is a continually-evolving display of art, artifacts and photographs depicting the richness of New Mexico culture. Since they change the exhibits frequently, there’s always something new to see. The museum also offers special tours of Casa San Ysidro in Corrales, an Old Town walking tour, and a docent-guided tour of the outdoor sculpture garden.

The Anderson-Abruzzo Hot Air Balloon Museum shows the history and science of hot air ballooning around the world.

Explora! Yes, you can play with the toys! This hands-on science museum is full of interactive exhibits that show how everything works: from light to sound, electricity to film, lightning to rainbows, with engaging exhibits using science, technology and art. Especially fun are quarterly adult nights only for those 18 and over.

Holocaust & Intolerance Museum of New Mexico  Exhibits illustrate historical conflicts caused by prejudice. They include the Holocaust, the Armenian and Greek genocides, the inhumane treatment of Native Americans and slavery in the United States.

At the Indian Pueblo Cultural Center, get a great overview of the 19 pueblos in New Mexico, as well as the Apache and Navajo. While you’re there, have a great meal at the Pueblo Harvest Cafe and visit their extensive gift shop for Native American jewelry, pottery, art and crafts.

J & R Vintage Auto Museum twelve classic automobiles that have competed in the Great American Race, including the 1995 winner, a 1917 Marmom.

Maxwell Museum of Anthropology at the University of New Mexico offers two permanent exhibitions in our Main Gallery – People of the Southwest Exhibit and Ancestors Exhibit, as well as several galleries of temporary exhibits.

National Museum of Nuclear Science & History is an intriguing place to learn the story of the Atomic Age, from early development and the Cold War to today’s peaceful uses.

New Mexico Museum of Natural History & Science allows you to follow the evolution of New Mexico’s landscape and creatures from dinosaurs through the ice age to the present, see the beginning of the personal computer revolution that included Bill Gates and Paul Allen and the birth of their little company, Micro-soft, in Albuquerque in 1975, and view several 3D films at the Dynatheater.

Turquoise Museum  Exhibits display the geology and history of turquoise, maps of turquoise mines around the world, raw ore and the process of turning it into finished stones. Learn how to ask the right questions when buying turquoise jewelry. Appraisals of collections of turquoise jewelry can be contracted. Jewelry made in their lapidary is sold in the gift shop.

Unser Racing Museum utilizes modern technologies to educate and immerse the visitor in the exciting world of auto racing. The famous Unser family is from Albuquerque!

Wheels Museum displays the history of transportation and its impact on New Mexico and the West and includes antique vehicles, model trains, an airplane, a fire truck, library, photos and gift shop. 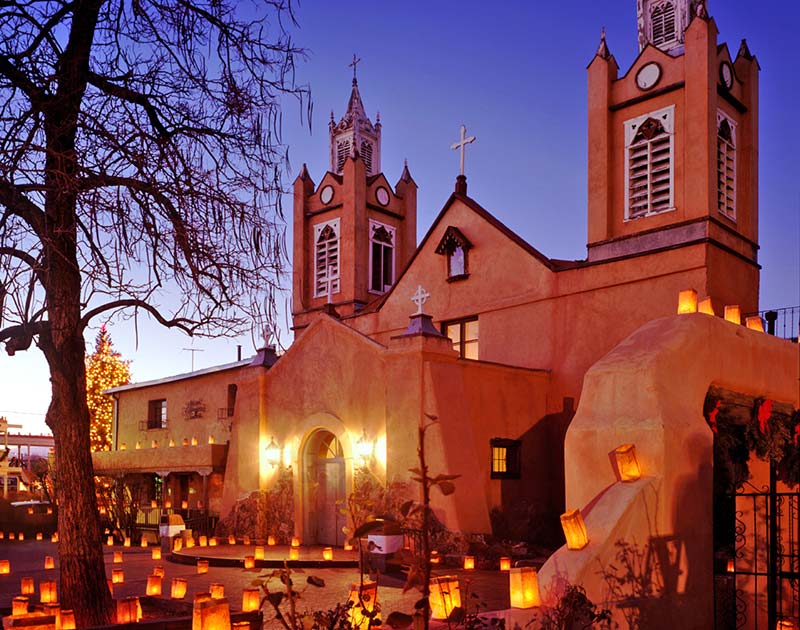